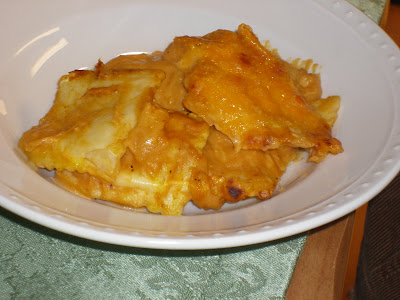 First off, this recipe isn't mine. I saw it on the Rachael Ray show, and I had to try it. Because of that, I'm going to direct you to her page to get the full recipe. I don't want to post copyrighted information here. But, I'll still share everything with you. That's how I am. 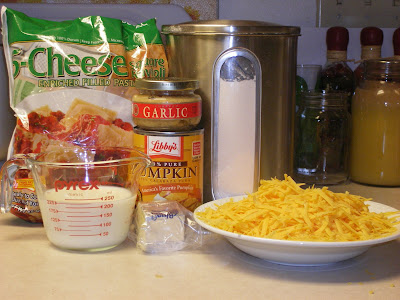 To start off, you have your ravioli (or tortellini) garlic, pumpkin, cheese, and the fixings to make a white sauce (milk, butter, flour). Rachael's recipe used tortellini, but I had ravioli on hand. I personally like it better than tortellini, but to each his own! 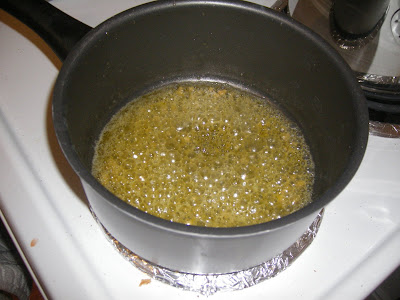 Let's start making the white sauce by melting the butter into the pot. Once it's all melted you'll add the flour and whisk it all together. I've heard that if you let it cook long enough like that, you'll cook out the flour flavor. . .but I've rarely had a problem with it tasting like flour. I don't whisk too long because I'm afraid of it burning. 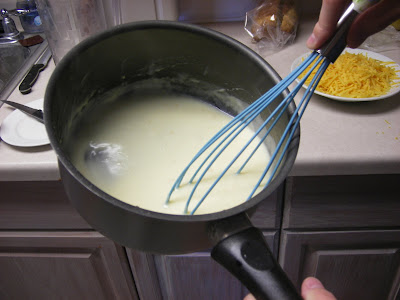 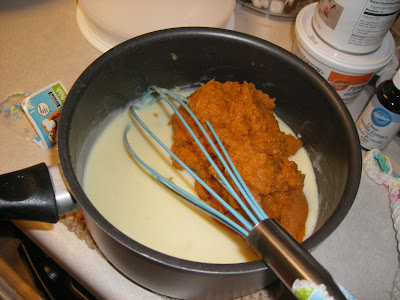 then add your pumpkin to this. Rachael's recipe uses fresh pumpkin, but I used the can pumpkin. I think 1 can of pumpkin is a bit too much though, it was overwhelming to me. 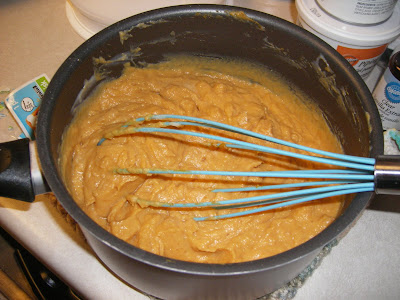 ta-da! and now we have our pumpkin cream sauce. 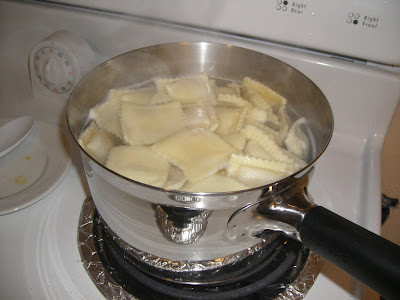 WHile you're making this sauce, go ahead and start cooking the ravioli. It's usually done when it's floating on the top of the water. It's ok if it's not completely done, because we're baking it anyway. 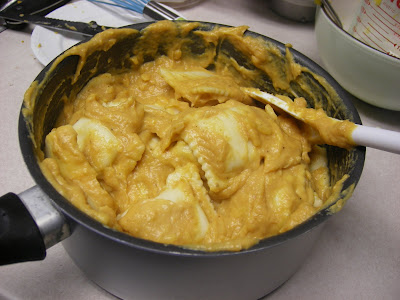 Drain the ravioli and mix it with the pumpkin sauce, then pour it into a cassarole dish. I cut the recipe in half, so I used an 8x8 pan. 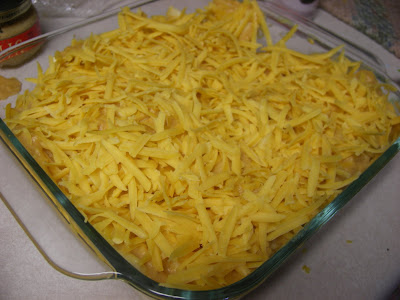 Then you cover it with cheese. Well, I cover everything with cheese though. I love it. 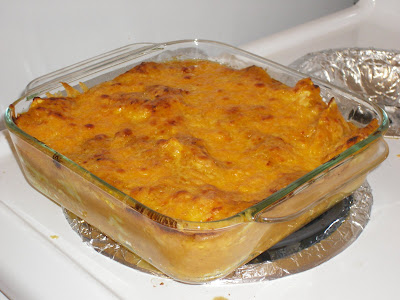 bake it until it's nice and brown, and heated through. I turned the broiler on for ajust a few minutes so I could get it a little crispy.

My overall impression of this meal? It's good, but if I make it again, I'll mix some cheese in with the sauce, and cut down on the pumpkin. I think because I used canned pumpkin instead of fresh it was a bit stronger.

And once again, here's the link to get the FULL recipe from Rachael Ray.
cooked by Krystal at 11:09 AM