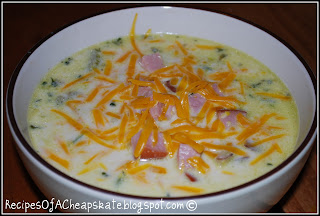 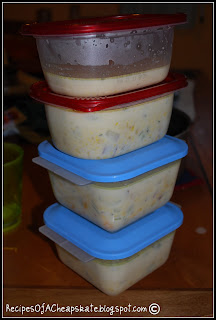 AND, I also love it when it gives me a huge pile of leftovers to eat for a few days!

CREAMY CORN AND HAM SOUP
Posted at: http://recipesofacheapskate.blogspot.com
Saute peppers and celery in some oil. Add potatoes and broth. Reduce heat. Cover and simmer for 10 minutes. Place ½ cup milk and 2 cups corn in a blender, cover and process until pureed. Pour into saucepan. Add ham and remaining corn; simmer for 10 minutes, or until veggies are tender. Stir in the parsley, salt, and pepper, and rest of milk. Heat through, and serve. 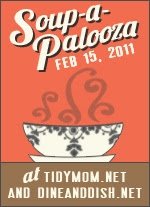